Listen to free, download/buy at  https://jimithepipermcrae.bandcamp.com/album/hills-where-i-began

Or purchase directly from this web-site (check out shop page)

It will also be available to download via Itunes, Spotify, Amazon and all established online music platforms by the end of this week. (July 31) 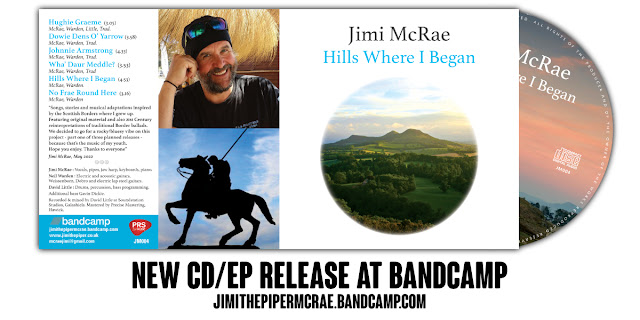 A new music vid to accompany opening track 'Hughie Graeme' is ready and scheduled for release once all upload links are completed in the next few days.

'Hills Where I Began', a collection of six songs, is part one of a two album project focusing on songs, stories and musical adaptations inspired by the Scottish Borders where Jimi grew up. A third release drawing upon influences and subject matter from further round Scotland and the British and Irish Isles is also planned.
'Hills Where I Began' features original material and also 21st Century reinterpretations of traditional Border ballads. Jimi decided to go for a rocky/bluesy vibe because that was the music of his youth.
He hopes you enjoy and would like to thank everyone involved especially his wife Carole, co-writer Neil Warden and producer David Little.
Credits -
Jimi McRae: Vocals, pipes, jaw harp, keyboards, piano.
Neil Warden: Electric and acoustic guitars, Weissenborn, Dobro and electric lap steel guitars.
David Little: Drums, percussion, bass programming.
Additional bass Gavin Dickie.
recorded and mixed by David Little at Soundstation Studios, Galashiels. Mastered by Precise Mastering, Hawick. 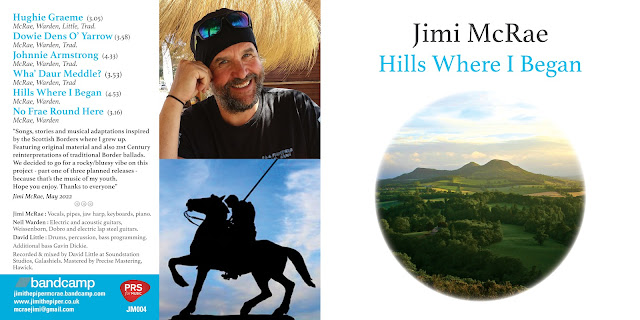 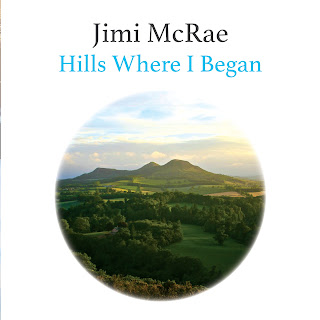